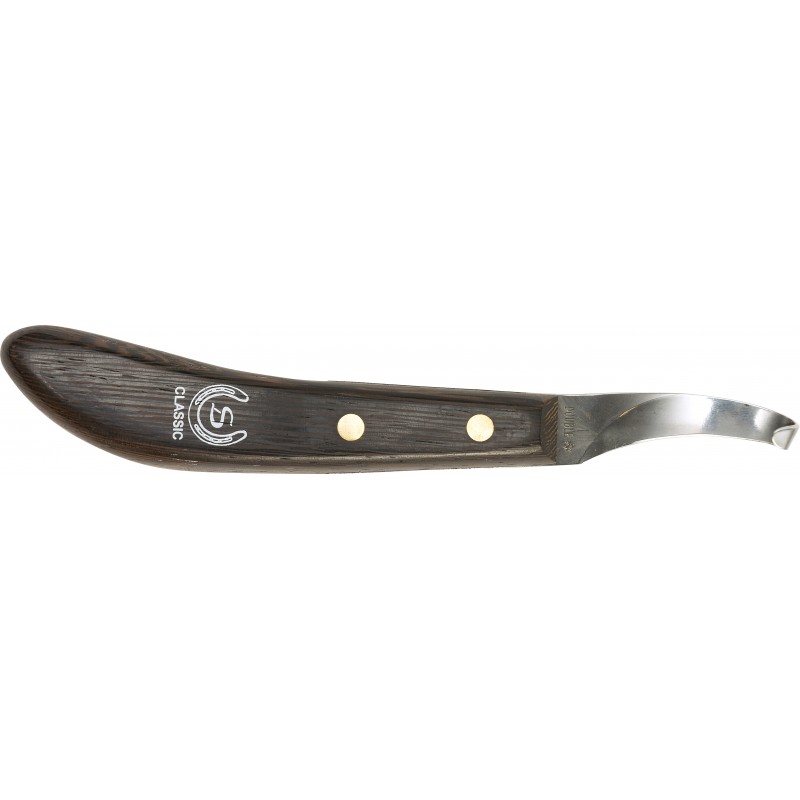 The Double S Rhino hoof knife is similar to the Double S Classic in that it has a drop-blade, but the Rhino also has a hoof pick on the end of the blade on the opposite side. This can be very useful when clearing unexpected debris from the horse's hoof and enables this to be done without blunting the blade.

Double S was formed in 1993 by brothers Marco and Leonardo Schelfi and is located on the family farm in the Trentino region of Italy. The company makes horseshoes and other farrier tools as well as hoof knives. Uniquely, power is provided for their manufacture via a 180 Kw per hour photovoltaic solar tracking installation.

Thus all the Double S hoof knives and other farrier tools are made using clean, carbon-neutral sustainable energy.